Exploring is a way of life 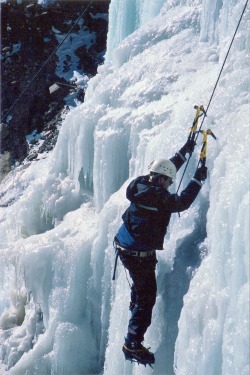 Learning is more than just sitting in a classroom and completing assignments.
I want to encourage you to explore, discover and learn. I mean this both figuratively and literally.
A remarkable American named John Hope Franklin once said,

"We must go beyond textbooks,
go out into the bypaths
and untrodden depths of the wilderness
and travel and explore
and tell the world the glories of our journey."

I hope you will take the marvelous opportunities life offers you to get out there, see new things and learn all  you possibly can. Life is an adventure, and I look forward to sharing the adventure with you this year.

So, to help set the tone for our journey, I share with you a picture of myself, having an adventure of climbing a frozen waterfall outside of Idaho Springs, Colorado.

A brief biography of Mr. Garnet

Mr. Garnet comes to Palos Verdes from Thousand Oaks, California. He has lived all over Southern California, as well as in Utah and Colorado. He has traveled to most of the western United States and down the East coast, has visited Alaska several times, and has been to a few countries in Europe. He has not yet been to a Spanish-speaking country, but hopes to change that soon. He learned Spanish in the U.S., and has been speaking Spanish since 1999. He has also studied French, American Sign Language, Portuguese, Mandarin Chinese, and Japanese, and can occasionally remember useful words or phrases in those languages, typically a day or two after they would have been useful.

He has worked in several interesting places before he became a teacher: a data collection company, a fast food restaurant, a hang glider park, several bookstores, an art supplies store, a 411 call center, a video game store, a trophy shop, and he has done freelance computer repair. He has about eight years of experience working as a graphic artist and engraver. He has worked as a bilingual classroom aide in Thousand Oaks, and spent a year as a student teacher in Granada Hills and Simi Valley, California. He taught Spanish for two years at Tokay High School in Lodi, CA. He began teaching Spanish at Peninsula High in 2013 and AVID in 2015, and has been loving it ever since.

Mr. Garnet enjoys reading, and typically reads two to three hundred books each year. He is also an accomplished artist, computer expert and amateur chef. Although he may appear to be mostly an indoor person, Mr. Garnet has had several interesting life experiences outdoors, which include jumping out of a perfectly good airplane, whitewater rafting in Alaska and Colorado, rock climbing and rappelling throughout his teenage years, hang gliding, sled dog racing, kayaking down the Colorado river in a homemade boat, and many, many years of backpacking and camping. 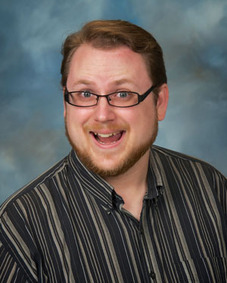